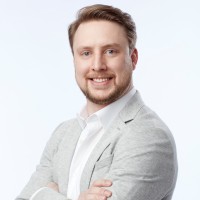 Aric Whiteley was nominated by Nick Santoro for a PPC spotlight profile in February, 2022.

How long have you been working in PPC?

I started working in PPC sometime between 2011 & 2012. The timeline is fuzzy. College years, you know…

How did you get started in PPC?

I actually stumbled into it. I was working on some ways to make some money when I was in college. I started buying ads on Facebook that were aimed at selling a guide to Farmville. I am sure that most people won’t even know what that is, but it was really popular for a few years. I would run a small banner ad and it would direct clicks to this guide to playing Farmville. If someone bought the guide I would make a % of the sale. It was a very early version of affiliate marketing. But from there I started learning more about digital marketing and as a result got involved with Google Ads.

If you went to college, what did you study? If not college, do you have any other degrees or certifications?

I went to Southern Connecticut State (go Owls!) which is a relatively average state school and I was a relatively below average student. Full transparency, I barely graduated. I was on academic probation for a majority of the time and I think I just nearly graduated with a 2.03. I originally was studying computer science. I was really into software development and security (hacker life), but I faded out quickly there as there wasn’t a passion behind it. About halfway through college, I switched majors to Communication with a focus in advertising and promotions. I attribute the combination of being creative and technically inclined to my career growth and success.

What was your first job that involved PPC?

My first real job was at RCN Capital in South Windsor, CT. They are a hard-money lender that specializes in financing people that fix and flip homes.

Anecdotally, it was a funny coincidence that I accepted my first job offer and received my first student loan bill on the same day.

What is your current position and how long have you been in it?

I am currently the co-founder and Chief Operating Officer at Lockhern Digital. I have been in this role for 13 months, which is when my co-founder, Cory Botti and I, officially started the venture.

What kinds of things do you currently handle or manage in PPC?

I handle anything and everything. I am very much a hands-on-keyboard operator. Our team is small so I try to fill in gaps for our employees as much as I can. Generally though, most of my time is spent shifting and shaping strategies as well as onboarding new services for our clients.

Well, yes. Where do I begin? I’ve already written a good amount so I’ll try to consolidate. 3 months into my first agency role I thought I was being fired (but was not). 5 years later I left Horizon and joined a new agency called Crealytics and brought one of my closest colleagues over. Apparently that broke a non-covenant agreement. Myself, colleague and the Crealytics CEO were overnight FedExed a threatening letter explaining that this was a breach of contract. That was literally like my 5th week at the new job – quite a way to make an impression.

Then I quit Crealytics and decided to freelance. My last day was on leap day on February 29, 2020 and then literally the next day, the world imploded. A few weeks later, a former colleague and now co-founder Cory Botti reached out to me on LinkedIn. He was trying to start an agency wanted to see if I was interested in helping him with his practice. Then 6 months later we started partnered up in a joint-venture and now have a team of 7.

What are you most proud of in your PPC career?

The whole reason we are doing what we’re doing is to affect positive change for our clients and for our employees; we legitimately want to help people. At the end of 2021, we were able to give out bonuses to all of our employees. Being able to deliver on our promises and reward our employees was absolutely one of those milestone moments. As an agency, my team gives so much and it’s nice to put some soul back in you, right?

What, if anything, do you wish you could “do over” in your PPC career?

I don’t really believe in do-overs. I think the beauty in life is that we don’t have them. Life is a sum of all decisions, good or bad and I think that’s poetic. If I had to choose something though, I guess I would have started learning other channels (outside of search) much sooner than I did.

If you could give advice to someone either considering or just starting out in PPC, what would that be?

I give this advice to anyone who is considering jumping into an industry: talk to as many people as you can about whatever it is you think you’re interested in. Go in cold, reach out to people on LinkedIn. See what they have to say, but most importantly, just make sure whatever you end up doing that when you wake up every day it’s not something you dread.

Are you interested in speaking opportunities? If so, what topics are your jam?

Absolutely! I am always open to speaking opportunities. I am most interested in and qualified to speak about anything: PPC, digital transformation, or how to grow an agency.

Have an idea for a chat topic?

Attention shopify store owners and agencies who help those with shopify -- this is a fantastic resource: https://analyzify.app/shopify-google-analytics/ga4

Just for fun, here’s an article I wrote over four years ago
#PPCchat

Here is a closer look at the benefits of a Performance Max campaign and how it can help your business grow.
#SEM #PPCChat #DigitalMarketing